It is with huge sadness that we learnt of the death of Jamie Wildman.

Jamie’s relationship with the Young Vic began towards the end of their life, in August 2018, as a participant in the Taking Part project Carnation for a Song, a celebration and exploration of the lives of older LGBQ Londoners. The piece only ran for three performances, and Jamie, with the rest of the cast and creative team, was determined that the work merited becoming a fully-fledged community musical. Thanks in no small part to Jamie’s backing, Carnation for a Song became a richer and more layered show, with new cast members, material and larger band. The show ran in the Maria Theatre for a week in April 2019, before being taken to the Tate Modern and Albany Theatre for one-off events in the summer. Jamie was subsequently nominated for the Archates Philanthropy Prize for their generous support and backing of the show and the Young Vic.

Throughout the Carnation for a Song process, Jamie brimmed with compassion, vision, clarity, energy, drive and determination, even when illness made these qualities difficult to bring to the fore. Jamie was fun and funny, playful and mischievous, yet also resolute in their belief that society should be a more fair, more just and more equal place. This is why Jamie believed in the ethos and message of Carnation for a Song.

Jamie was a regular in the Cut Bar, popping in for a coffee and chatting to all. But I am also extremely grateful for being able to get to know Jamie away from the Young Vic, where they were a pillar in many different and interlinked communities, such as the Cody Dock regeneration project by the River Lea, and working with The Outside Project, combatting the disproportionate levels of homelessness within the LGBT community. The Outside Project became one of Carnation for a Song’s selected charities. This was because of Jamie. It was anger at these injustices that drove Jamie in their fight to make the world a better place.

Last year Jamie came out as non-binary in a video to Pink News. This video is another element of Jamie’s legacy, a resource and tool for younger non-binary people understanding their identity. I will always remember Jamie’s razor wit and charm. Often LGBTQ lives and stories are the stories of resilience and survival. This is also why these lives are also peppered with pathos and humour. Jamie would make me laugh out loud. Jamie leaves a huge gap in many communities and at the Young Vic, but it is our duty to fill this gap with humanity, justice and laughter. We owe this, and so much more, to Jamie. 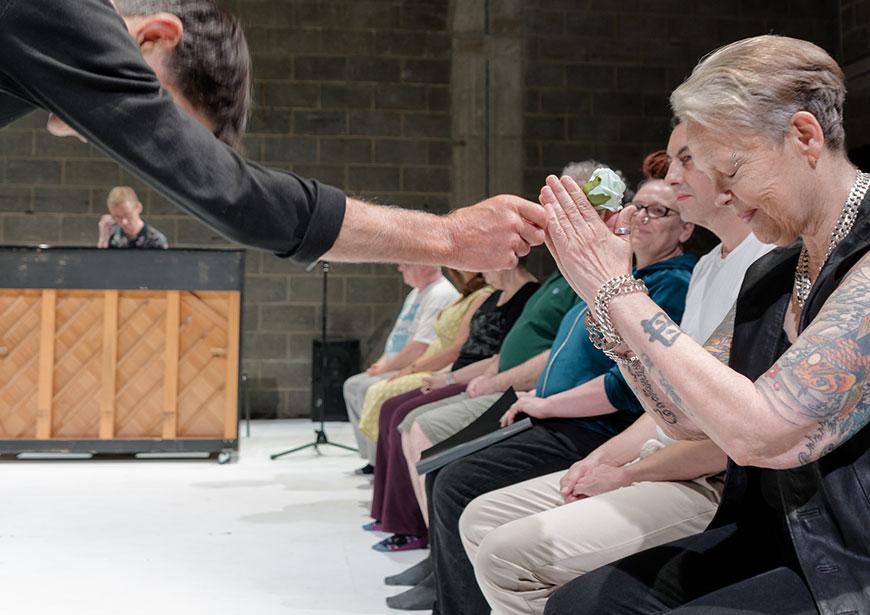