For our third chapter as part of celebrating 50 years of the Young Vic, we’re travelling back to the 1990s, a decade of change and exciting new productions under the tenure of three different Artistic Directors.

These ten images are just a small selection from an entire decade of Young Vic history. We’d love to hear about your 90s memories of the theatre, the shows, the people…. let us know on social, using #YV50. 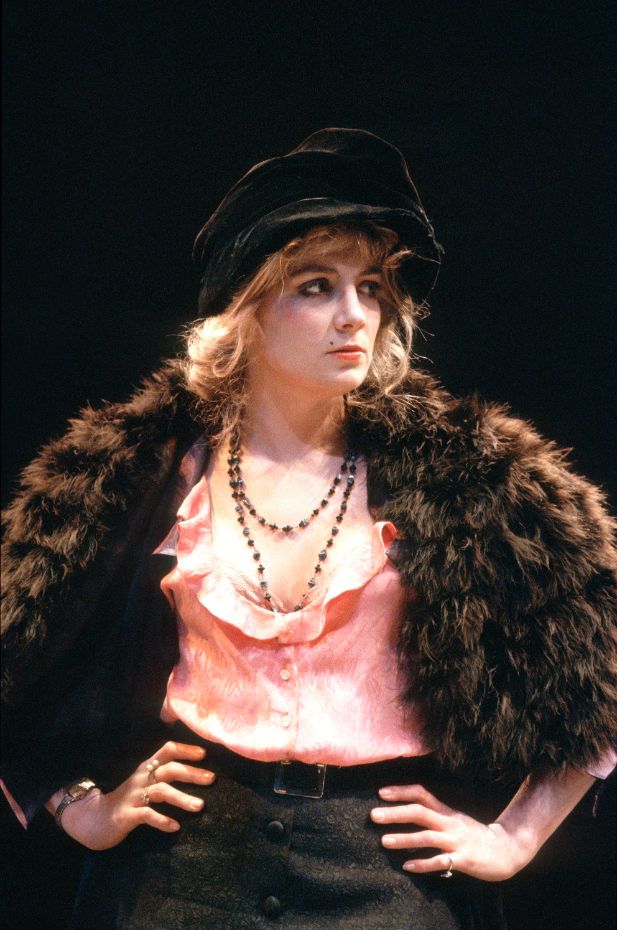 In 1990, Natasha Richardson starred in the revival of Anna Christie, Eugene O’Neill’s Pulitzer Prize-winning play, directed by Artistic Director David Thacker. Natasha went on to reprise the role in a new Broadway production in 1993, for which she received a Tony Award nomination for Best Performance by a Leading Actress in a Play. 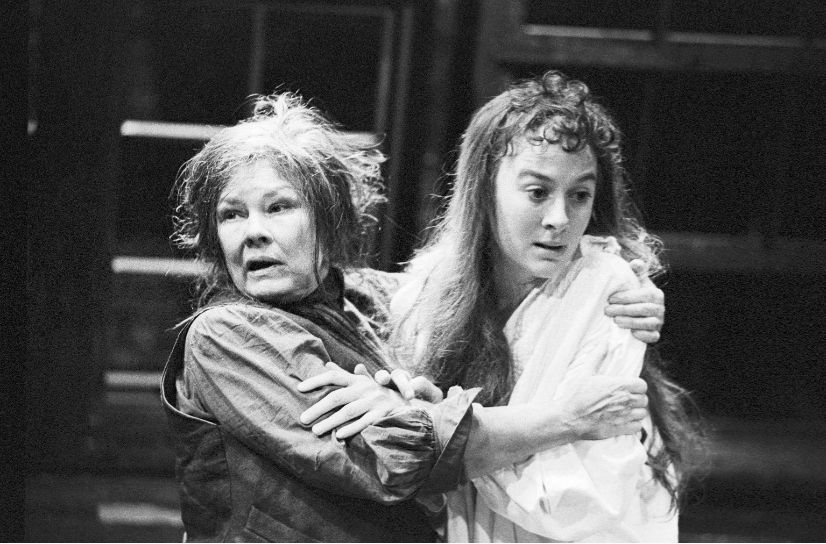 Judi Dench and Niamh Cusack in Sam Mendes’ 1991 revival of The Plough and the Stars, by Sean O'Casey. This was the second time that Dame Judi performed on the YV stage, the first one was in 1978 when she performed in the RSC production of Macbeth alongside Ian McKellen. Fun fact: upset at the lack of a window in her dressing room, Judi Dench and her fellow cast members painted one onto the walls! 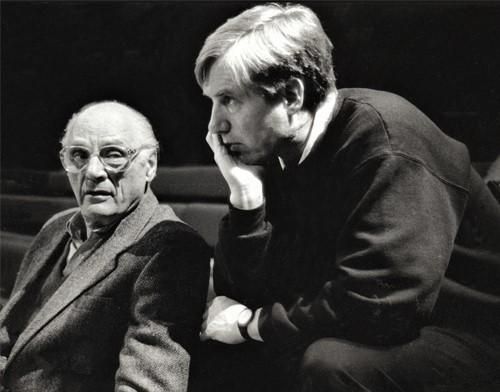 David Thacker with Arthur Miller in rehearsal for the London premiere of The Last Yankee (1993). Throughout his time at the Young Vic, David Thacker worked very closely with Arthur Miller on several productions. ‘They were bull’s eye plays that fitted perfectly with our policy of attracting young audiences’, David explains, ‘they moved and affected young people in ways that few other plays could achieve’ (Source: Critical Companion to Arthur Miller by Susan C. W. Abbotson). 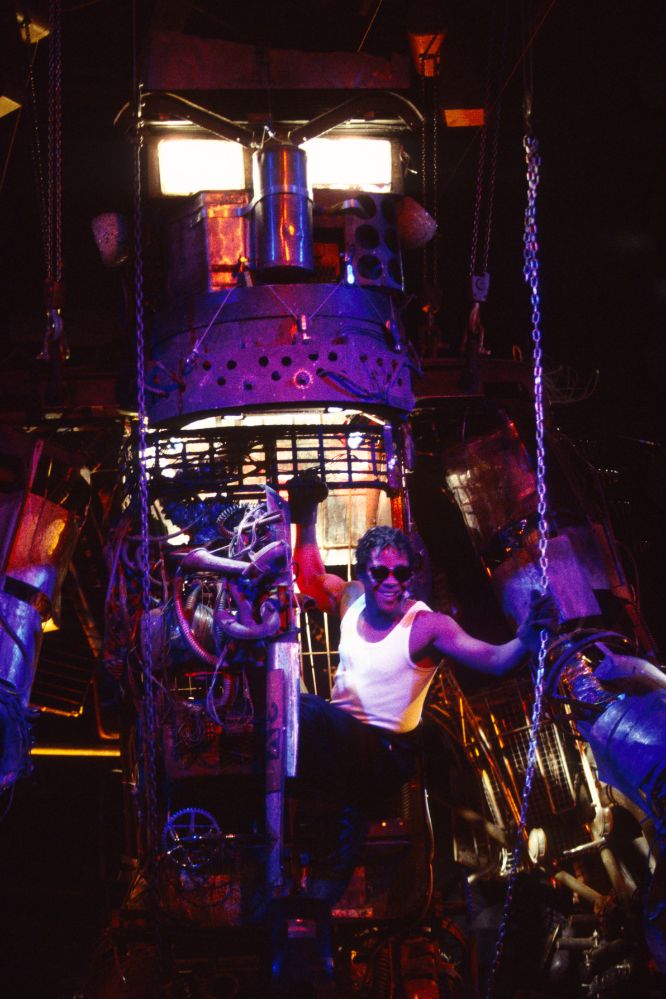 In 1993 the Young Vic presented the first stage production of The Iron Man: The Musical by Pete Townshend, an adaptation of Ted Hughes' story The Iron Man, with music and lyrics by Pete Townshend from The Who. The band had performed a series of concerts at the Young Vic in the early 70s, rehearsing what would become their album ‘Who’s Next’. Pictured above: Trevor Michael Georges as the Spirit of the Iron Man. Directed by David Thacker. 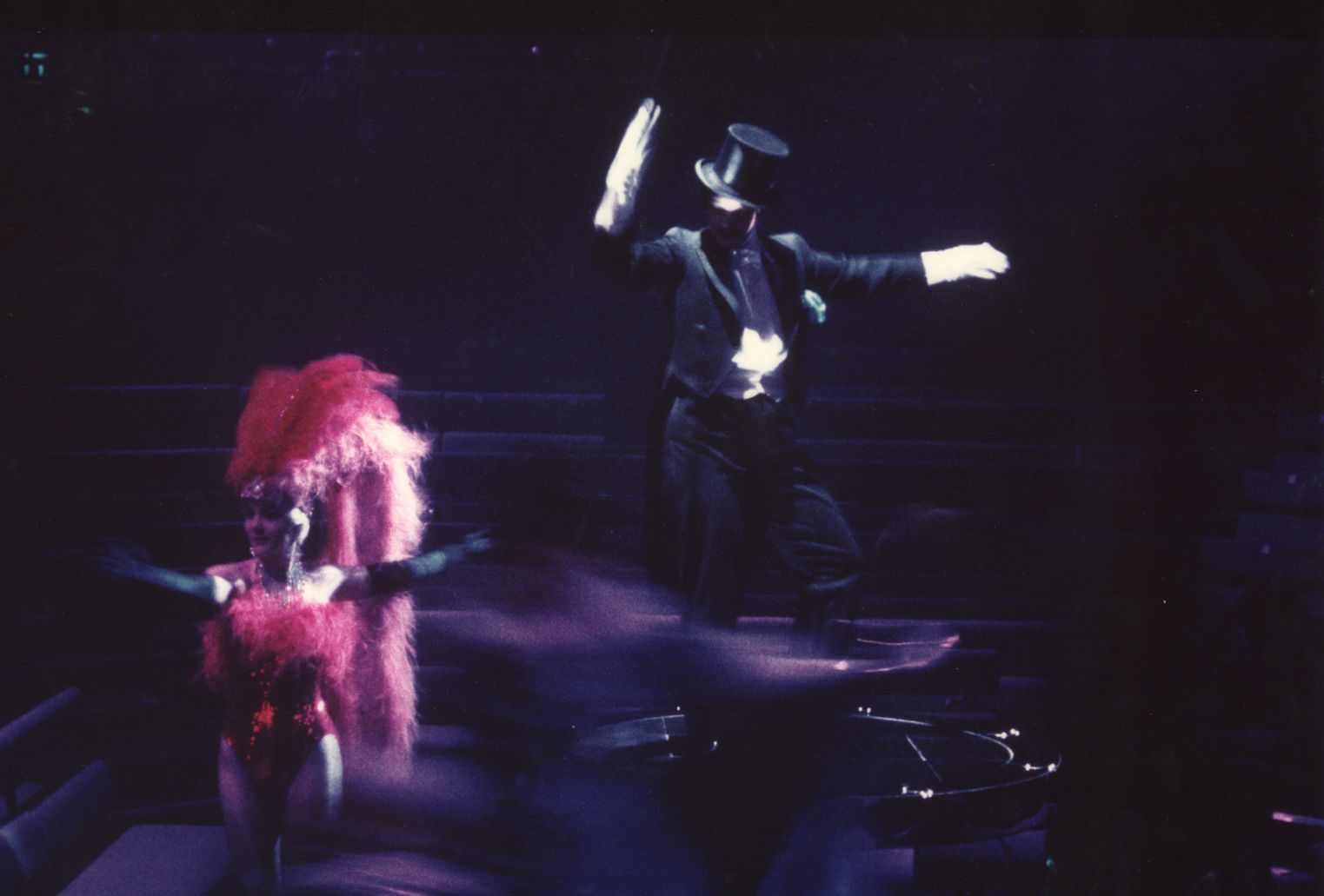 David Thacker was followed by Julia Bardsley and Tim Supple, who became joint Artistic Directors in 1993. This production still is from the 1994 adaptation of Hamlet?, directed and adapted by Julia. The production featured six puppets (one life-size and five miniature doubles of the actor/characters) and eight performers, including Julia herself as the Magician (right) and designer Aldona Cunningham as the Magician's Assistant (left). Julia had also adapted a version of Émile Zola by Thérèse Raquin the year before. 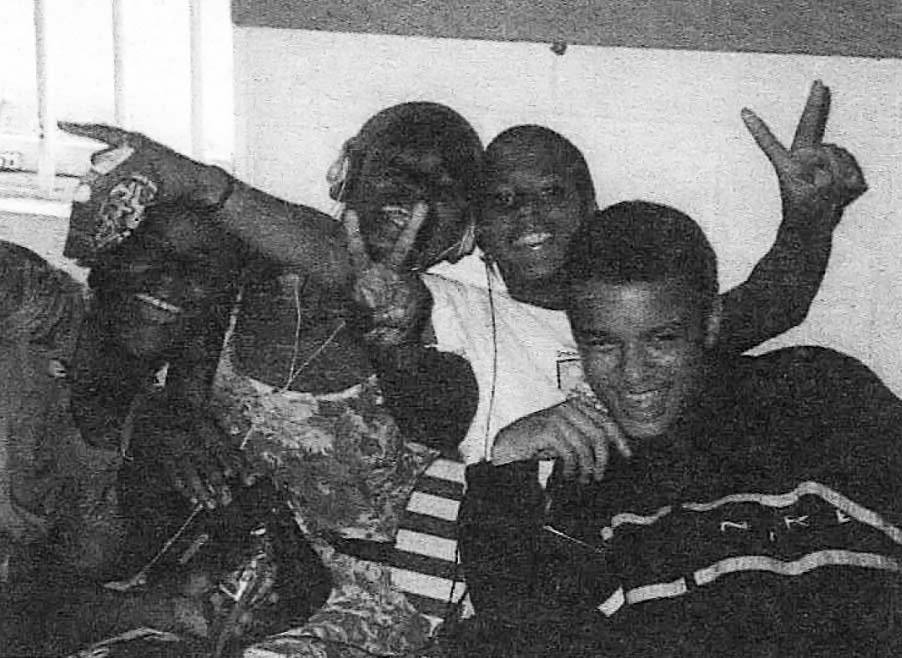 From 1994 onwards, the Young Vic’s reputation developed as one of London’s foremost receiving houses for experimental physical and visual performances, thanks largely to the work of our now Associate Artistic Director Sue Emmas. In programming the work for the Young Vic Studio, Sue provided companies and artists with a supportive framework to nurture their talents and assist their creative development. Sue also continued to support projects involving young people and work with the community. To this day, these vital strands of work – namely making work for and with the local community and nurturing emerging creative talent – are at the heart of the YV’s Taking Part Department and Directors Program respectively. Pictured above, a group of participants aged 14 to 20 working with members of the People Show ahead of their show in the Young Vic Studio. 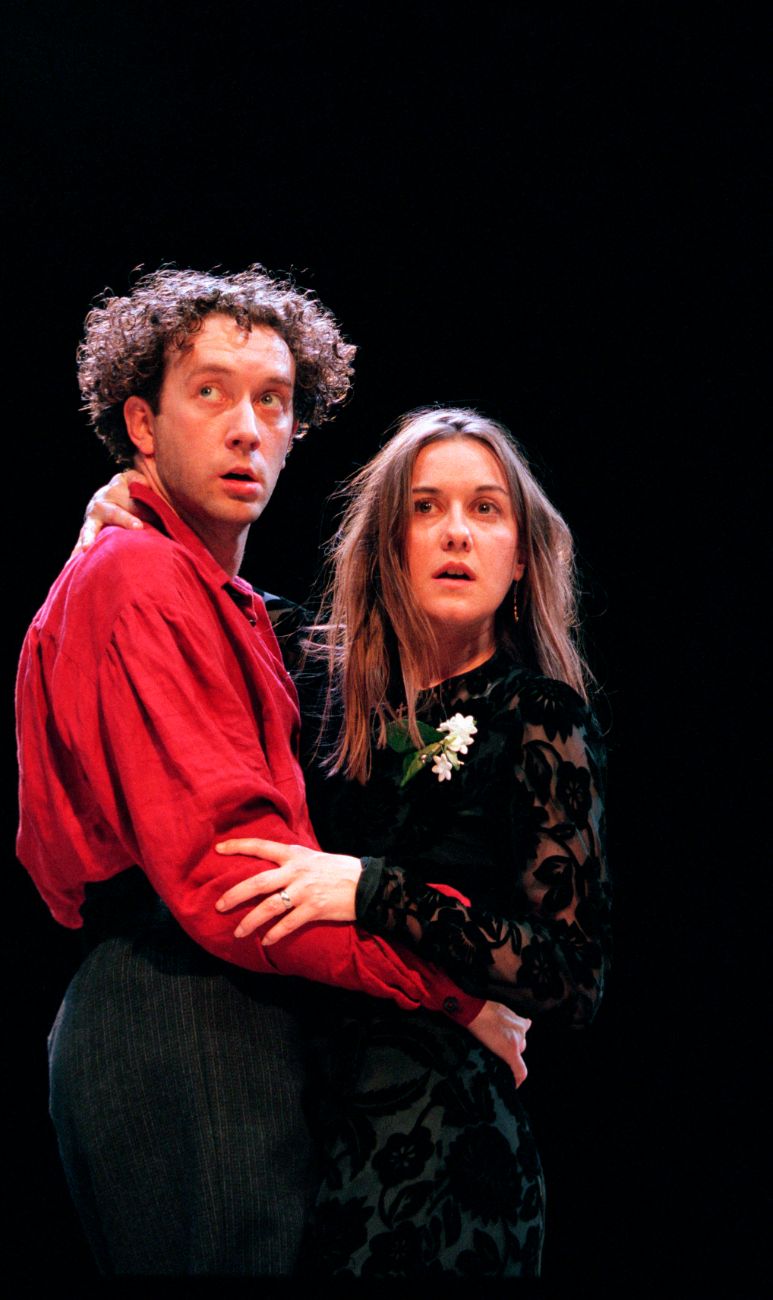 In 1996 Tim Supple directed a production of Blood Wedding by Federico Garcia Lorca in a new version by Ted Hughes. Tim had met Ted Hughes during the run of The Iron Man at the YV a few years earlier. The pair collaborated on a new version of Wedekind’s Spring Awakening at the RSC, which was followed by this adaptation of Lorca’s classic. Pictured above: Jasper Britton as Leonardo and Alexandra Gilbreath as The Bride.

Elizabeth McGovern and Richard O'Callaghan in our 1996 production of The Misanthrope by Molière in a new version by Martin Crimp. The production, which was set in contemporary London, was directed by Lindsay Posner with design by Joanna Parker, and it starred McGovern alongside Ken Stott in the lead role of Alceste. 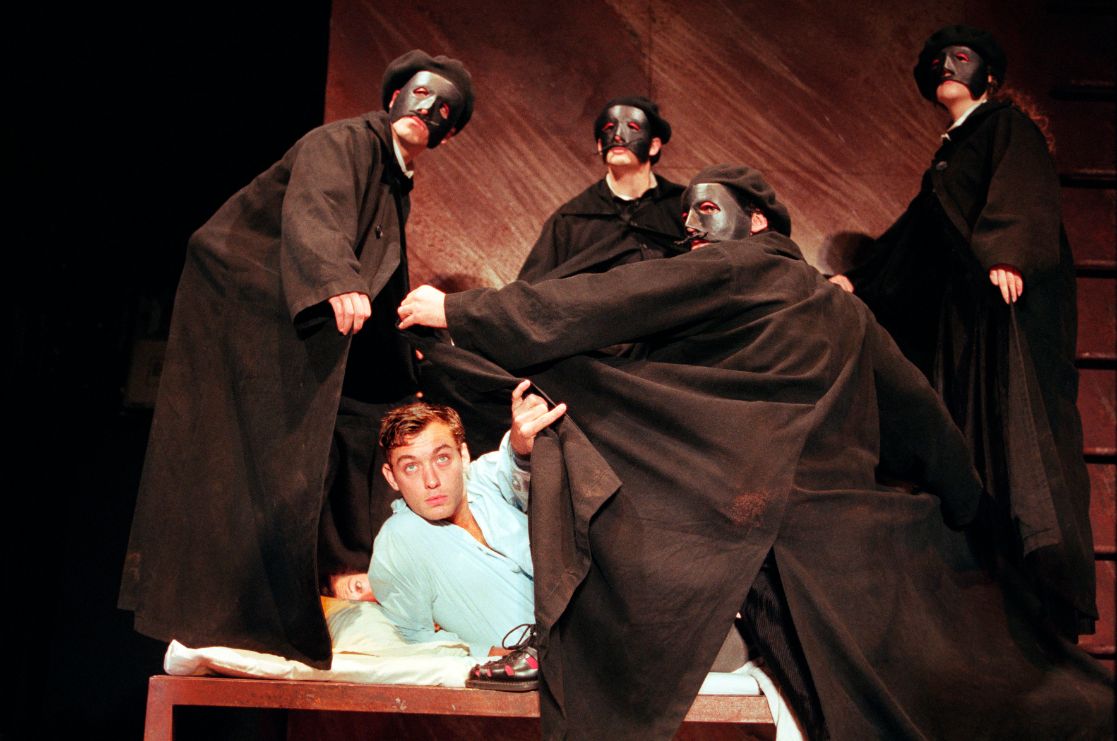 In 1999 David Lan directed Jude Law in a new production of Tis Pity She's A Whore by John Ford. This was Jude Law’s first stage play since his Tony-nominated performance in Indiscretions on Broadway four years earlier, which led him to shooting the films that would make him a Hollywood star. He would return to the YV a few years later to work with Lan once again, in a new production of Doctor Faustus. 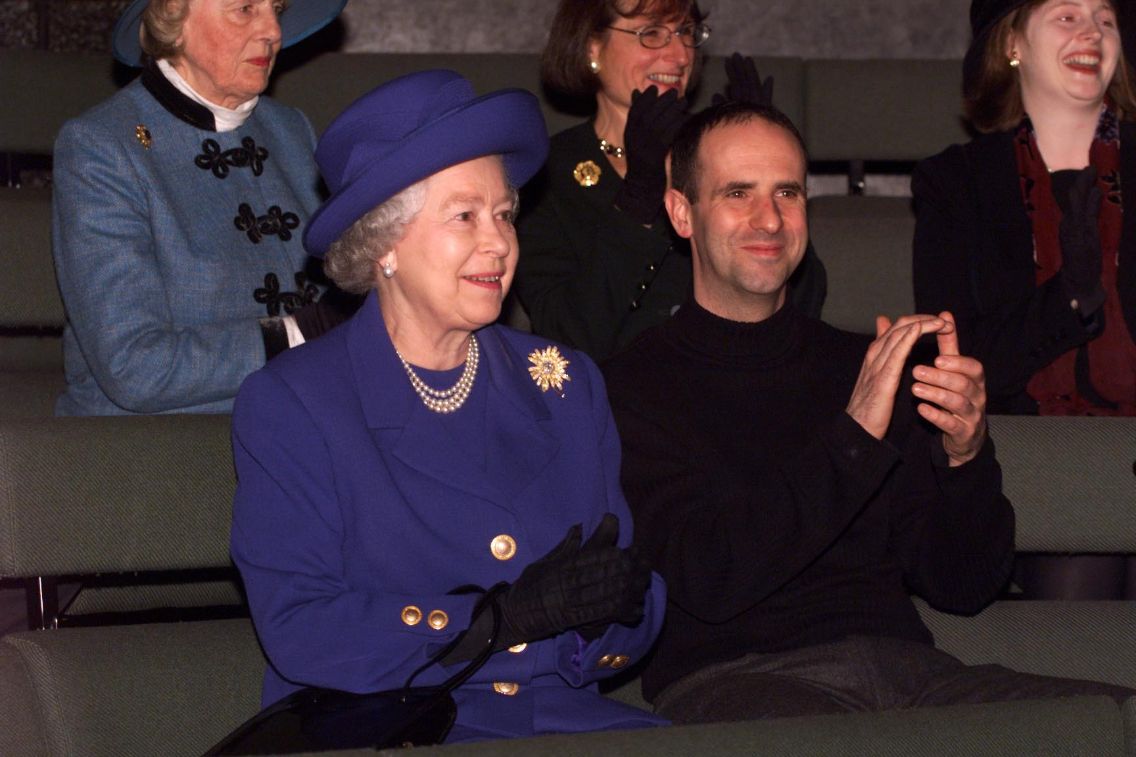 On 4 March 1999 Her Majesty Queen Elizabeth II visited the Young Vic to attend a performance of Hamlet by children from The Sacred Heart School in Southwark. Here she is pictured next to Artistic Director Tim Supple.