"Horizons is the Young Vic’s response to the world as it is now. People in distress need help and they need to be heard. We want to provide a powerful means for audiences at home and abroad to connect with the political, social and human realities refugees face. These are the central stories of our age. We are thrilled to welcome Good Chance to our home on The Cut as an associate company. We strongly support the inspirational work of the Joes and their team. We are extremely pleased to be recognised by City of Sanctuary with an award for our commitment to raising awareness of the plight of refugees." 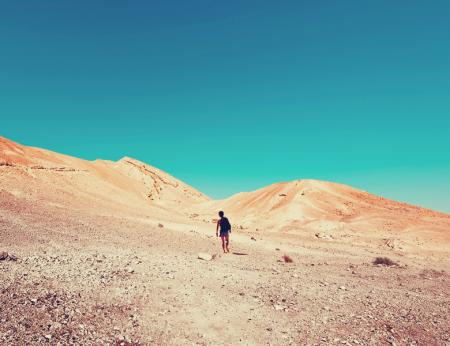 Taha, a lyrical story of the life of Palestinian poet Taha Muhammad Ali is written and performed by Amer Hlehel. Taha is an Amer Hlehel, Young Vic and Shubbak Festival co-production. 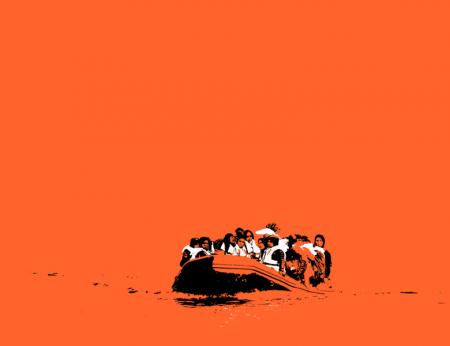 Written 2,500 years ago, one of the world’s oldest plays speaks to us through the ages with startling resonance for our troubled times.

Featuring a chorus of local women from London, this is part play, part ritual. Director Ramin Gray unearths an electric connection to the deepest and most mysterious ideas of humanity - who are we, where do we belong and if all goes wrong - who will take us in?

In 2016 the Young Vic launched its Horizons season. The YV welcomed pioneering theatre company Good Chance as an associate company, giving them a base in Waterloo. As the company develops and continues its work with refugees, it will receive support from the Young Vic team. The Young Vic itself became a City of Sanctuary in recognition of our attempts to raise awareness of refugee experience and to welcome refugees to our theatre.

On our stages we shared the stories from A Man of Good Hope, Now We Are Here and Queens of Syria. World-renowned Isango Ensemble returned to the Young Vic with A Man of Good Hope, the true story of one refugee's epic quest across Africa, brought to life with roof-lifting music. Queens of Syria, a Developing Artists, Refuge Productions and Young Vic co-production was performed by a group of Syrian women, now refugees exiled in Jordan, create an extraordinary modern retelling of Euripides’ Trojan Women. Now We Are Here saw four true refugees stories drawn together into a heartbreaking tale of the pursuit of freedom. Taking Part at the Young Vic presented this extraordinarily beautiful new play.

Written and directed by Paul Mason, former Economics Editor of Channel 4 News and BBC’s Newsnight, Young Vic Film's Astoria follows a Syrian refugee’s journey to the West. Once there, an encounter with the past in a Budapest hotel draws a parallel between Europe’s historical and current response to refugees.