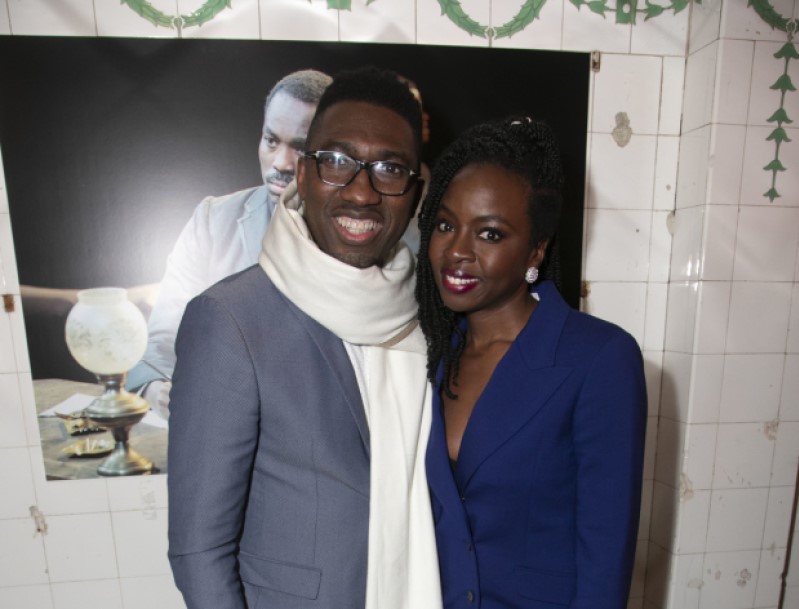 During rehearsals, Young Vic Artistic Director Kwame Kwei-Armah, and The Convert writer, Danai Gurira, took a moment to discuss the play’s inception in Danai’s Zimbabwean roots, her writing process, and why courage is fundamental to her art.

K: I want to express how joyous it is to have The Convert within my first season! Talk to me about the idea and process behind the play.

D: It was a culmination of so many things growing up. I was born in the US but raised in Zimbabwe from the age of five until shortly after the end of high school. I was there shortly after the country gained independence, and was raised around so many things; a country grappling with the idea of independence, which was in many ways one the most prosperous of the African nations. I was in a schooling system that was very much modelled after the way the country had been colonialised; this manifested in how we were educated, who we were educated by, the structures of the system, the ways of doing business, our social lives, the way we ate… tea breaks! I took a step back and started to ask myself who I was, because I have so many influences -what I aspire too, and how I excel – which are all defined by those who colonised us. These feelings culminated in me, and I found that I wanted to express them on stage.A lot of my training when I returned to the US exposed me to Shaw, Chekov and Ibsen - all the European greats. There was something about Shaw that was very gripping, and something about Pygmalion that correlated with Zimbabwe. Yes, there are a lot of troubles, but it still has the highest literacy rate on the continent, which I witnessed as both my parents are educators. I grew up watching these children coming from mission schools in rural areas to the city who were mad-smart. They were so smart. Yet they’d be awe of seeing the city, whilst also being the most educated people in the room. It was an interesting juxtaposition for me and I was thinking about how you try and bring your people forward through more access, more success. The thinking was that you expose people to Western culture and Western education. I found a parallel with this and Pygmalion; ironing out the crude pieces of this young lady, which is kind of what we do with our own families and people.  I started to explore this this idea in 2009 and 2010. It was an interesting exercise for me as I was delving into the history of my own people and who I could have been if I had been born 120 years ago. 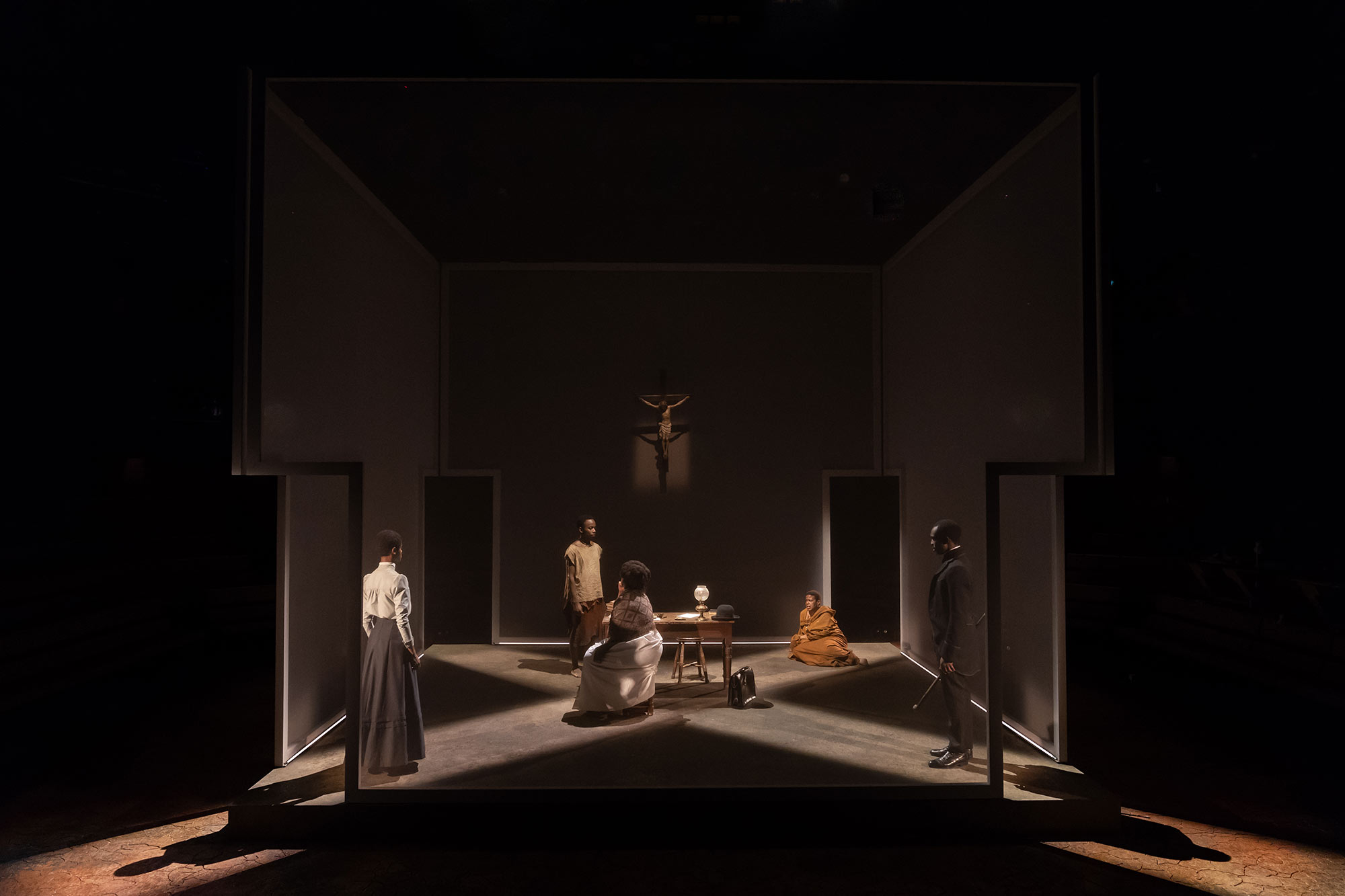 K: What I am interested in knowing about is your transition, how the running of the two trains of acting and writing came about?

D: There is something about trying to distinguish acting and writing that, I think, can be a very Western concept.  When I was being trained, and when I first started to connect with the arts, I was in Zimbabwe, aged between 12 and 13. We were taught the ethics of theatre, of coming into a space, and treating it with great respect. We would create work and then perform. The way I first came to the arts, it was a path to story-telling.

K: Hearing you talk now, you can understand that your writing comes from a place that is not just cerebral, but is also connected to the soul and the spirit. With this connection to the writing, what is it that you look for and what wisdom do you impart for the director and the wider team?

D: When I first spoke to Ola we talked about the immersion of history and culture. I studied history A-level and did not come across the story of my own nation. I knew all about Napoleon and World War One, as I should, but I didn’t know anything about my own nation. To an extent that feels like it’s by design. People can be disempowered if they are not taught about themselves and not encouraged to gain any understanding of their own roots. This play was designed to go to the heart of this. If you immerse yourself into a world that is foreign for you, you’ve got to let it inform you, overwhelm you, to take over your thoughts. You need to see it through the lens of those colonised within the 1890's; it is a mayhem of a moment at this time in Africa. There has to be such a visceral understanding of that world, in terms of Shona culture, Shona people, and Shona history. I want people to walk in and feel like they are in a sacred space, a world they have never known before it. I got swept away writing it. When I found the end of the play, I found myself just being a vessel, because I couldn’t argue with that ending.

K: When some talk about the play, colonisation comes up a lot. But my access point for it is the spirituality. What swept me away was your ability to speak to the spirit, to faith and your ability to use that as a vehicle of both oppression, of actualisation, and of fulfilling your spiritual potential. 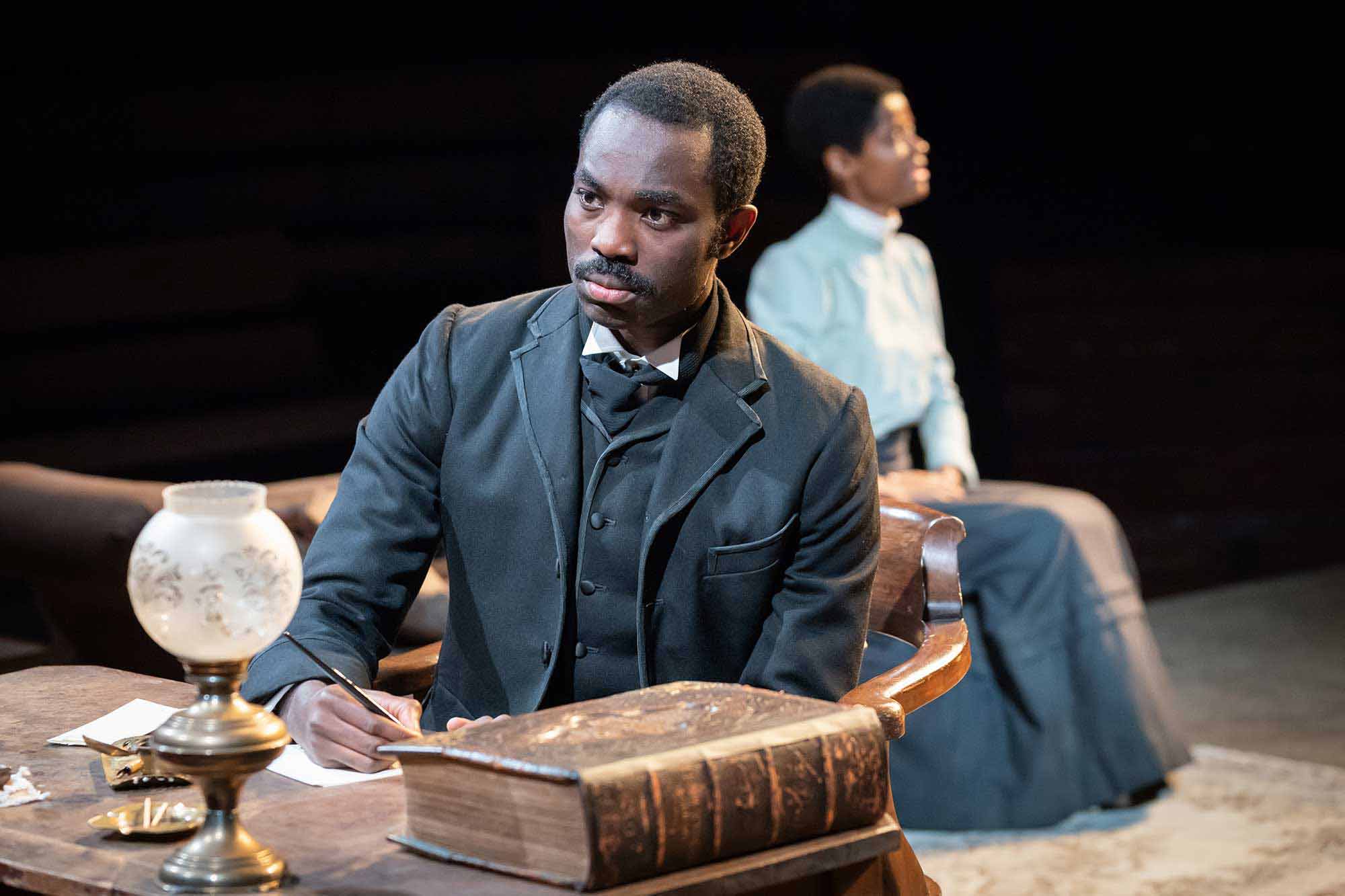 D: Yes, that’s a part of it. At times we can be super simplistic in the way we talk about faith and Christianity and it’s not simple! For example, my mother’s mother was a very powerful woman, the daughter of a powerful chief.  She made a decision to go and learn with Methodist missionaries. She met her husband, my grandfather, a Methodist pastor and she stepped away from one way of life to go into something more Westernised. She still gave speeches in deeply nuanced Shona, she sang her Methodist hymns in Shona and read her bible in Shona. In a sense she garnered an independence from her choice to learn about a Christian God. It’s a very complicated relationship that occurs between Africans and Christianity that can be, and is often, oversimplified.

K: What do you ask of this play in that regard?

D: I believe there can be a distinction for those who practise the Christian faith but are very much an Africanist at the same time, a distinction between the imposition of colonisation and the true essence of Christianity. That is Jekesai’s actualisation: how does an African connect with this faith while also seeing the hypocrisy in how it was used.

K: Now that you are in the public eye, can you be as brave to write something and not care of what others think of it, like you did when you wrote The Convert?

D: The day I can’t be brave is the day I am not an artist anymore. That space must be protected. To me the denial of your true self is to actually try to curb the spirit coming through you. You are no longer a vessel for your spirit, and that would be a tragic thing for me!

The Convert is now playing at the Young Vic until January 26. Tickets are now sold out but returns may be available on the day of each performance. Speak to our Box Office for more information on 020 7922 2922.