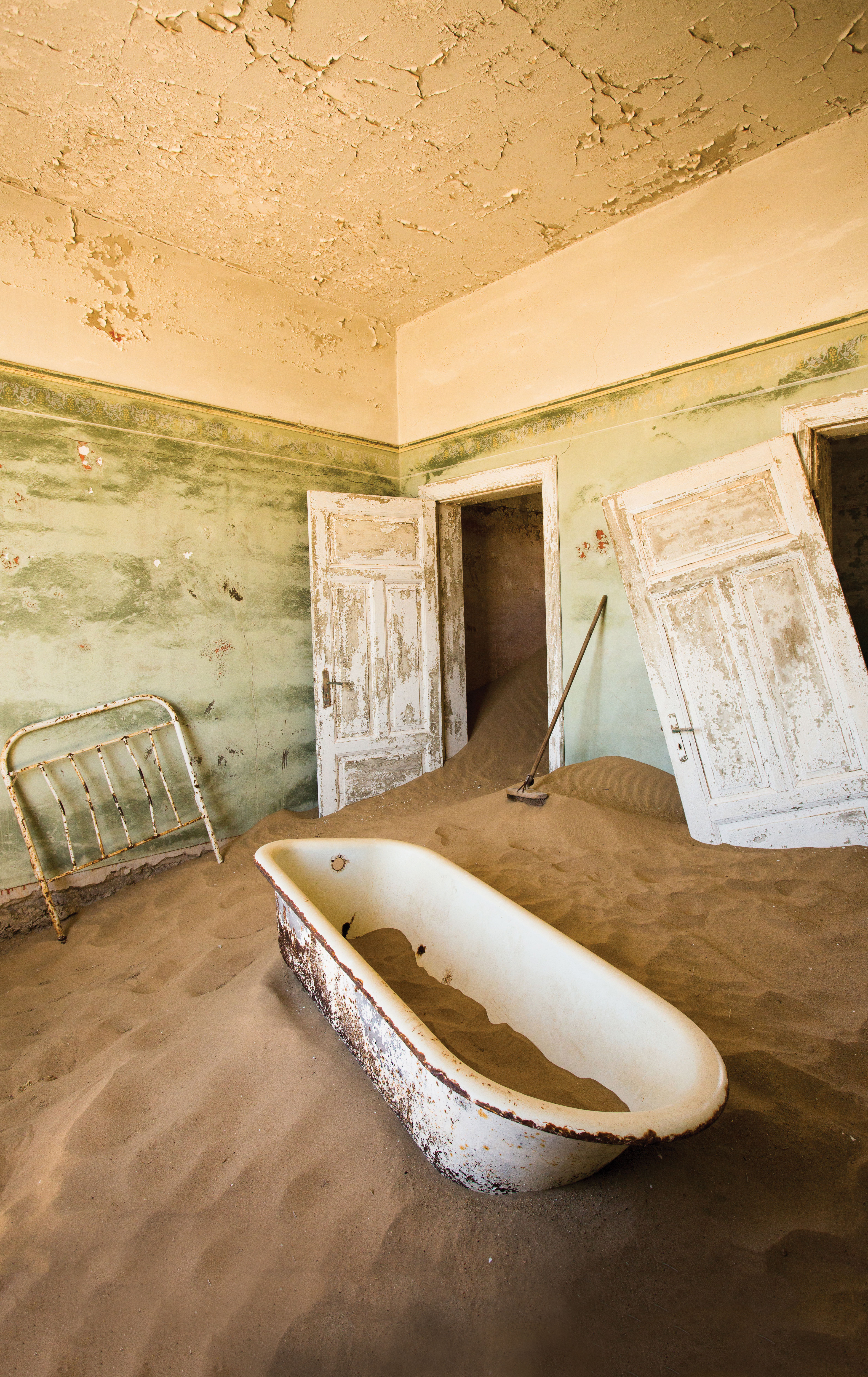 What inspired your design for Ah, Wilderness!?Natalie and I talked a lot about the autobiographical basis of the play. Set in Monte Cristo Cottage, the beachside house where O’Neill spent his childhood holidays, Ah, Wilderness! treats the same material as Long Day’s Journey Into Night in a lighter, more optimistic tone. These two different excavations of a memory interested us greatly. As did photographs of the adult O’Neill with his own young family posed rather tensely around a picnic table on a beach.

I had been fascinated by pictures of a ghost town in Namibia called Kolmanskop. A once thriving diamond mining town, it had been abandoned since the 1950s, and sand had invaded the derelict houses. Great dunes had formed against the faded plaster walls creating surreal desert landscapes interrupted by incongruous architraves and seemingly giant doorways.

We were drawn to the idea of invading O’Neill’s location with sand, the magic dust that, sprinkled in our eyes, makes us dream of creating an uncertain, shifting, interior landscape that showed the passage of memory and time.

How do you get from the first idea to the final design?

Using a 1 to 25 scale model of the Young Vic, I began sculpting spaces in white card and paper. To begin with, wildly impractical volumes of sand creating vertiginous slopes and no playing areas whatsoever. We explored different ways of the sand entering the house, ratios of floor and slope. In a short space of time we went through five or six different models, graduating from paper to salt. The first model was very different to the last, but very informative to the process. Bernd, our production manager, brought in several tons of sand to the scene dock at the Young Vic, and we tramped around in that and then back to the drawing board. Having come to a design in white card, we had it costed, adjusted it and produced a final full colour model.

The model then goes to a workshop where it is drawn up, and discussions take place around practicalities and finishes. I work closely with the scenic artist to arrive at the final treatment, in this case peeling layers of fading paint. The Young Vic technical team work with the constructors to ensure the set’s smooth transition into the building, and then the cast’s smooth transition on to the set. 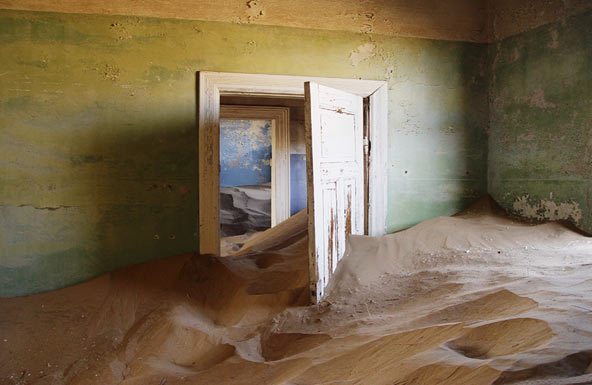 Tell us about collaborating with Natalie?
To begin with we just read the play aloud to each other and talked. Natalie had compiled a vast array of material around the play, the biographical sources, and the poetry that means so much to the character of Richard and to O’Neill himself.

She came already with an archaeological approach to the text and was excited by the images of Kolmanskop, and by the coincidence that the mine had opened in 1908, around the time that the play is set, and closed in 1954, a year after O’Neill’s death.

What is it like to work at the Young Vic?
I have a very strong connection with the Young Vic.I made my first design in the old studio here in 1998 with Primitive Science, and since then I've designed five shows in the main house and one in the Clare.

I met my wife here in 2000, and had a job as an usher in 1985. I saw The Crucible and Romeo and Juliet at least thirty times each.

The building itself demands innovation of the people who come to work in it. The very breezeblocks seem to cry out for experiment. The temporary building put up over a bomb site in 1970 had an extraordinary spatial alchemy, and the rebuilt theatre has respected that, while making new spaces – not least the café/restaurant area which is a hub for theatrical activity in London. The Young Vic falls within a magic sector of the Venn diagram of London theatre, close enough to the edge to be edgy, close enough to the centre to be influential. It attracts wonderful people, and it’s an amazing place to work.