We are delighted and honoured to have won four Olivier Awards at this year's ceremony.

Our hit production of Arthur Miller's A View from the Bridge bagged three prizes; Best Revival, Best Actor for Mark Strong and Best Director for Ivo van Hove, while Bull, a co-production with Supporting Wall, took home the award for Outstanding Achievement in Affiliate Theatre.

Following sold out runs here at the Young Vic and in the West End, A View from the Bridge picked up more Olivier awards than any other play this year, adding to the two Critics' Circle Awards for Best Actor and Best Director the show received earlier in 2015. On collecting his Olivier for Best Director Ivo van Hove said "London has been so generous to our work. It felt like coming home."

Check out some behind the scenes snaps below. 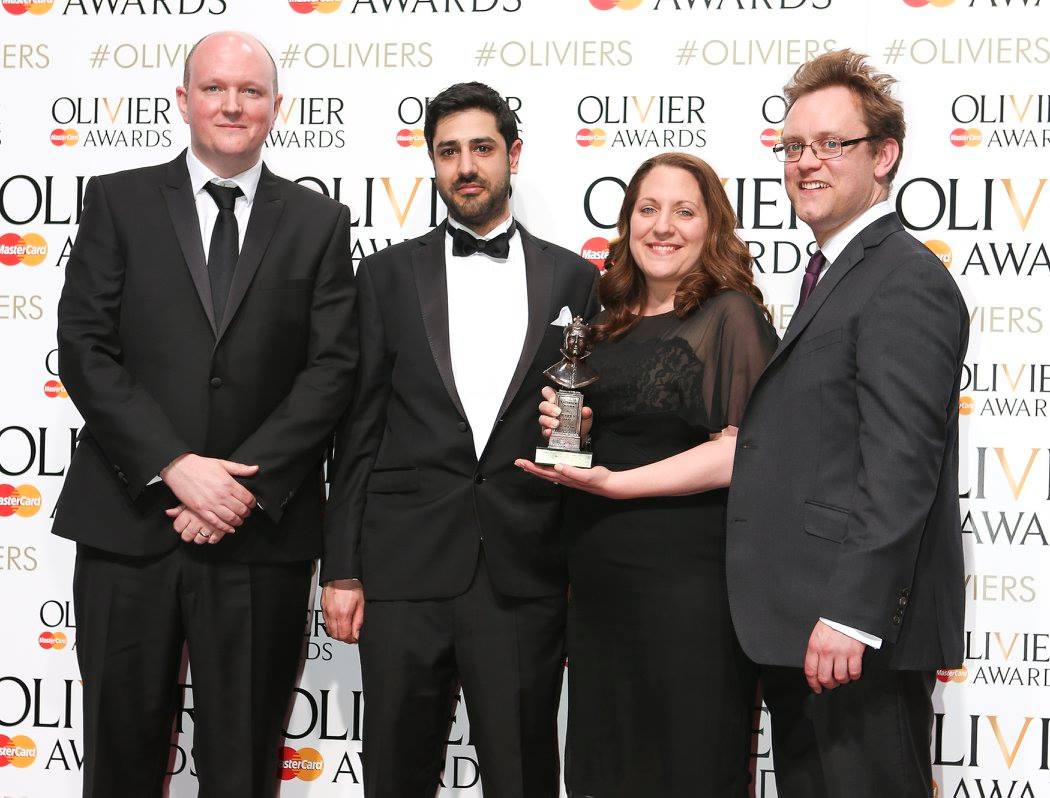 For more behind the scenes photos from the night, have a flick through the album on Facebook and to read more about the Oliviers and all of this year's winners, click here.

A View from the Bridge was broadcast live to cinemas on 26 March by NT Live. There's still a chance to catch it with encore screenings taking place at venues around the world for a limited time. For tickets and info, click here.