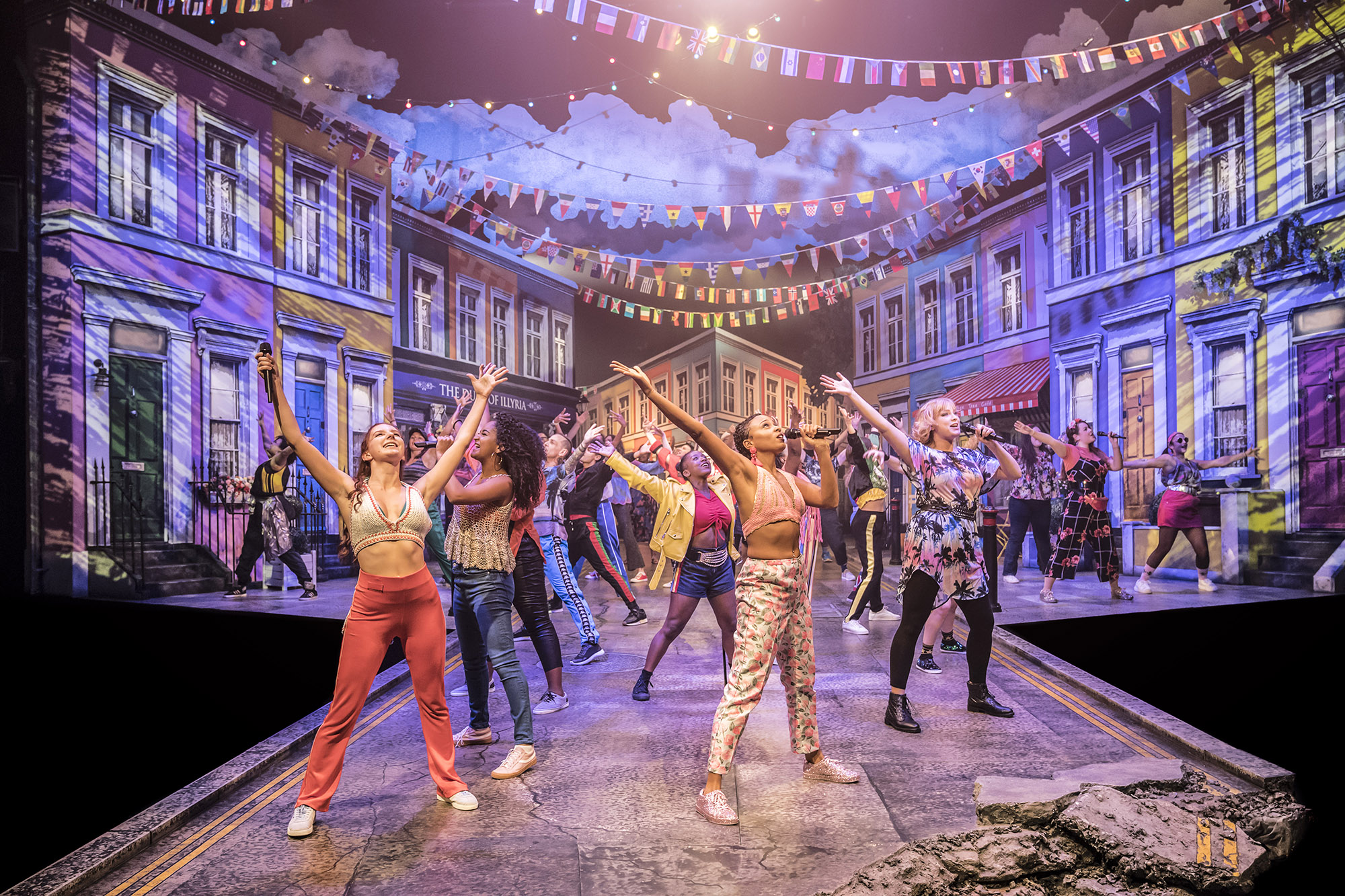 Our musical adaptation of Twelfth Night cast includes a 60-strong Community Chorus of  non-professional performers from across our local boroughs of Southwark and Lambeth.

Kaleya Baxe, who is currently on placement with our Taking Part team has been meeting with some of the Community Chorus in order to find out more about this fascinating, talented and diverse group of performers.

Our work with young people and our local communities is a major part of our artistic life. At a deep level, it complements and enhances each of the shows we produce.

Our Taking Part team engage with over 15,000 people a year. We offer young people and our neighbours free tickets to all our shows. We also run a wide range of projects, from skills based workshops to a chance to perform on one of our stages.

Take a look at our website to find out more about Taking Part and how you can get involved. 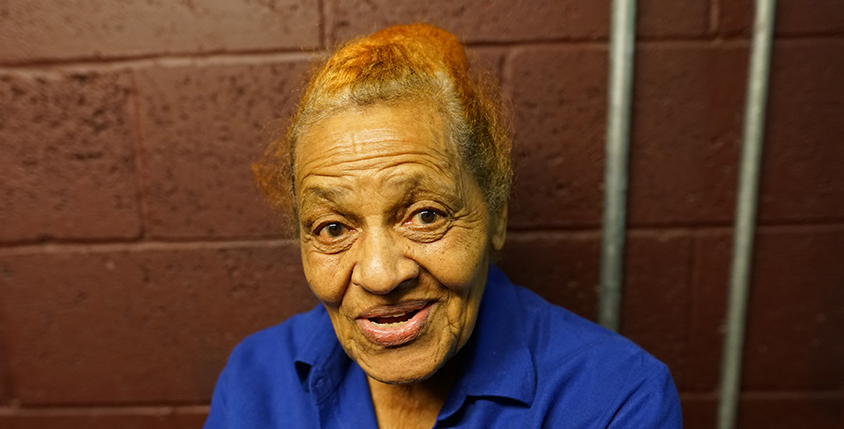 One day after I’d retired I was going round the back of the Young Vic and I saw all these children so I went and stood in the doorway to see what they were doing- I have an awfully curious mind unfortunately. Suddenly, a man came out and counted me in with them! So I followed them into a room with a piano and he asked us to sing but unfortunately I couldn’t remember all the words. So I thought, Ella Fitzgerald didn’t use words, here we go: da ba da dip da ba baa da ba! I went home laughing the whole way. Then the next morning they called and said, you’re going to join us, aren’t you? And I thought, what have I done?! But I found myself in a most beautiful production and have been in many ever since. 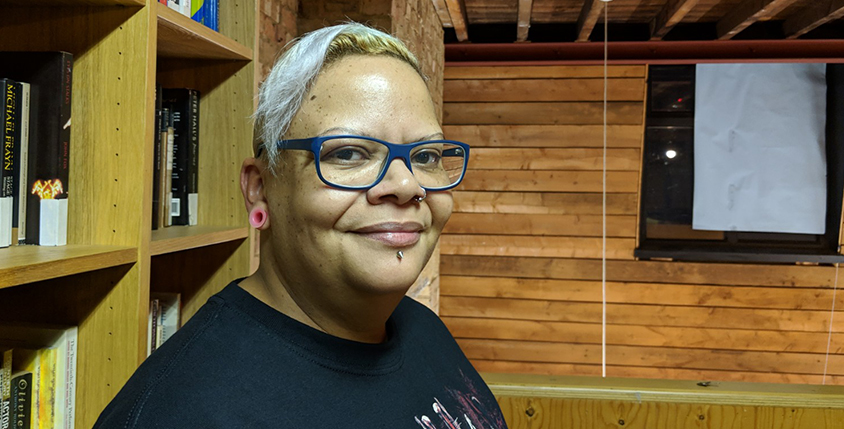 I got involved in the Young Vic originally through work 'cause I worked in drug, alcohol and mental health. I signed up through my work so that I could support clients to come and take part in workshops and watch some of the plays cause a lot of people had never been to the theatre before. It’s been a real confidence boost particularly this year where I lost quite a bit of confidence in my previous job so doing Twelfth Night has kind of boosted me up a little bit cause I felt like I couldn’t really do anything and I was a bit useless, I’m just gonna sit at home and cry.  But now I got involved with this and I thought actually, I’m not useless and I can do things and it’s just kind of pushed me forward. I also got a job interview and I got the job because I felt more confident so, yeah I think this experience at this time has been really good. 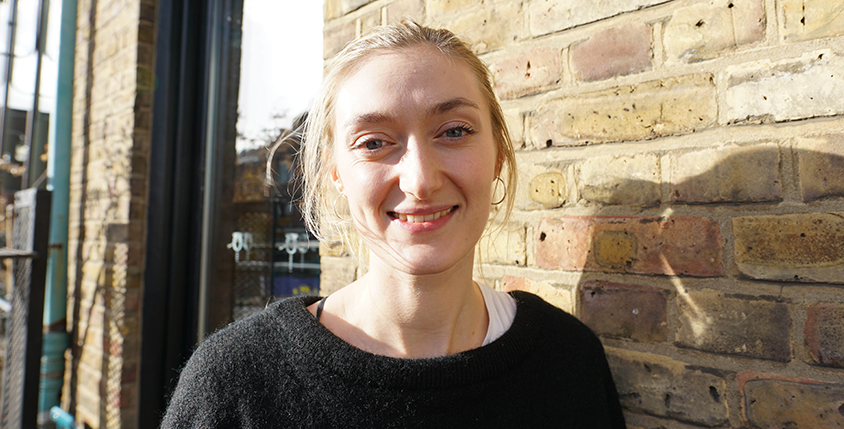 I first got involved with the Young Vic when the Taking Part team did a performance with a Year 9 class in one of the spaces at the Young Vic performed with a proper set and costume and script writers. I thought it was an amazing thing for the students because there’s not much availability for young people to have access to theatre, and also a lot of them were black or from mixed ethnic backgrounds which they felt like at the time, this is 2012, wasn’t as represented as it is now. Nowadays pretty much everything that my students see has been through the YV free ticket scheme which is so good because with a class of 20 when a West End ticket costs £45, it’s never gonna happen. And these students come from quite poor backgrounds, our free school meal percentage is something like 64%, it’s really high so it just means they have access to really high quality performance where they feel like they’re welcome and they’re represented. 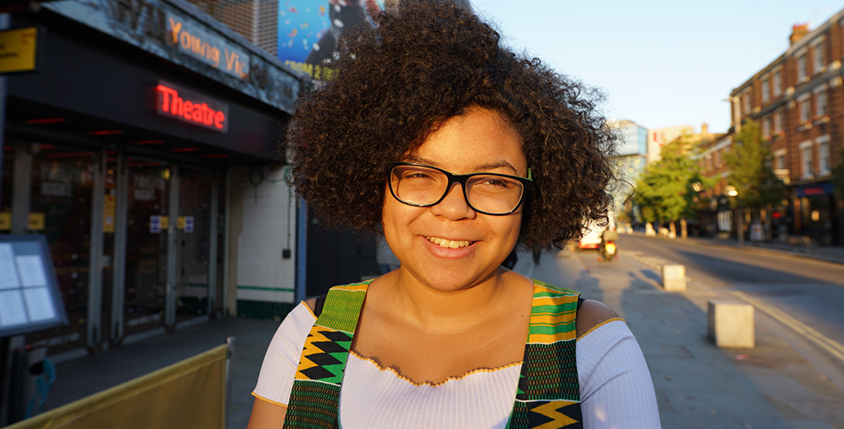 This experience has been really different because I’ve done two other chorusey things and both of those were only young women, so it was me and other girls my age, whereas this is the first time it’s been a totally diverse chorus in every sense; in age, in gender, in race. There are people who are teachers and people who are students and people who work in offices- like there’s one girl studying law so it’s just a completely different bunch. In this I get to make friends with people who I almost certainly would not have met otherwise. 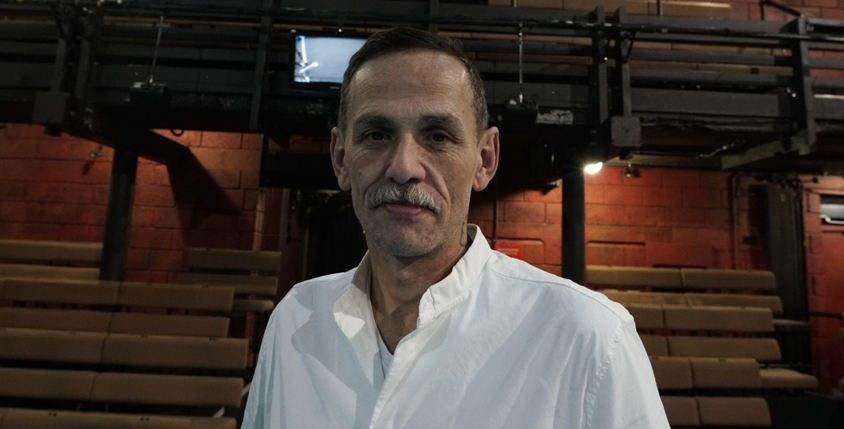 I danced with Matthew Bourne from 1995 to 2006, so the original cast Swan Lake and then every show in between, Cinderella, Carmen, Highland Fling, Spitfire to name a few. Having previously been in the theatre and then coming back in a very different guise, there’s kind of this secret shroud here the minute you walk in, you just feel protected. I think what the Young Vic does here, you never feel like you’re community chorus, you always feel equal from the beginning really. And the principle cast, they’re a phenomenal bunch of people and they just all make us feel as one. I think that comes across in the show. But yeah, there’s a real sense of community and that’s what the Young Vic’s all about really. 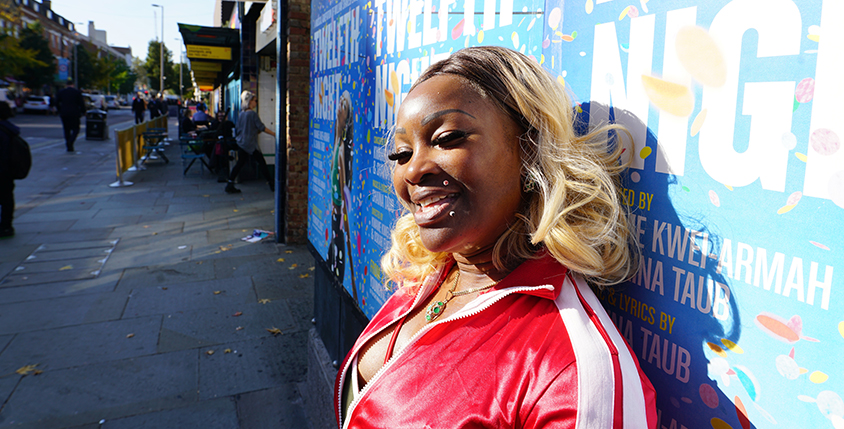 How I got involved in the Young Vic was doing a show called See Me Now about prostitution and sex workers. Because I’m a recovering addict and I used to prostitute myself, my friend told me about the show so I got involved and got the part. But the thing was that during rehearsals, I don’t want to get emotional but I was actually informed that my mother had passed and the team were fantastic and really held me you know? Then we were in rehearsals when the show went to Edinburgh and I got the call saying my dad had passed and I just felt like, every time I was at the YV I got the news but I was so grateful because had I not been at the YV I don’t know what I would have done you know, I mean, I’ve been clean now 8 years but because I had a commitment to the Young Vic it really kept me going. 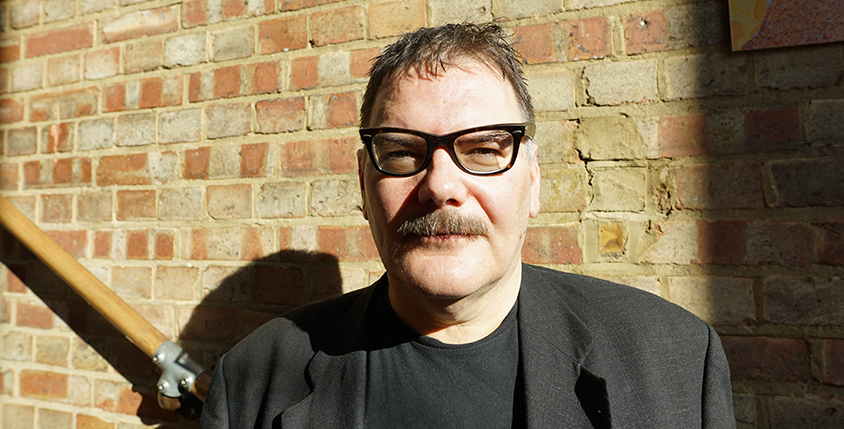 I’m a musician originally from Glasgow but been in London for 35 years now. Working with the Young Vic, there isn’t a highlight- there’s lots of highlights. For me when I feel really good is doing a great show like this is good fun you know and you’re in a better mood when you leave the building than when you came in, so that’s good. But for me it’s just kinda a selfish thing and that’s to get a free education in theatre making. 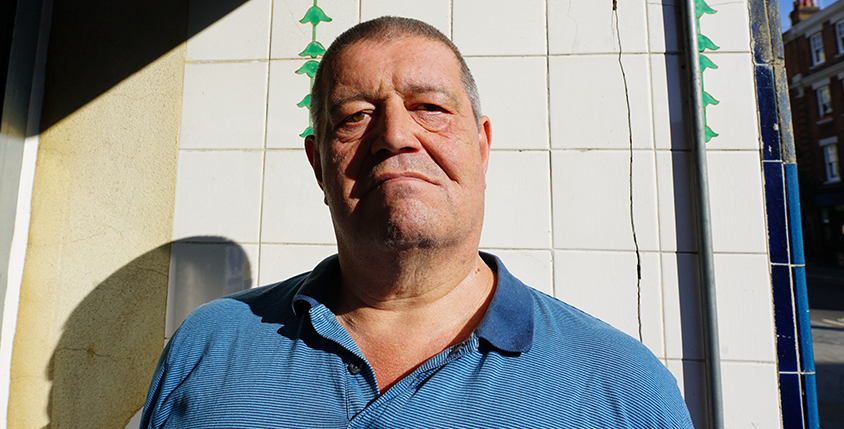 I’ve always sort of drifted through life, my big joke was that my ambition was to have an ambition. I was homeless for a while and I’d just got myself sorted out and a friend of mine said, oh there’s a play about homelessness at the Young Vic do you wanna get involved? Yeah why not? So I came along and I ended up doing a bit where I told a story about when I was in care and I had 9 backing singers and I gradually climbed up this white sweeping staircase and sang ‘You Make Me Feel Like A Natural Woman’. And suddenly, I was one line ahead and I had the audience, I could make them cry, I could make them laugh, I just felt so empowered. And I thought, I’m gonna do this.