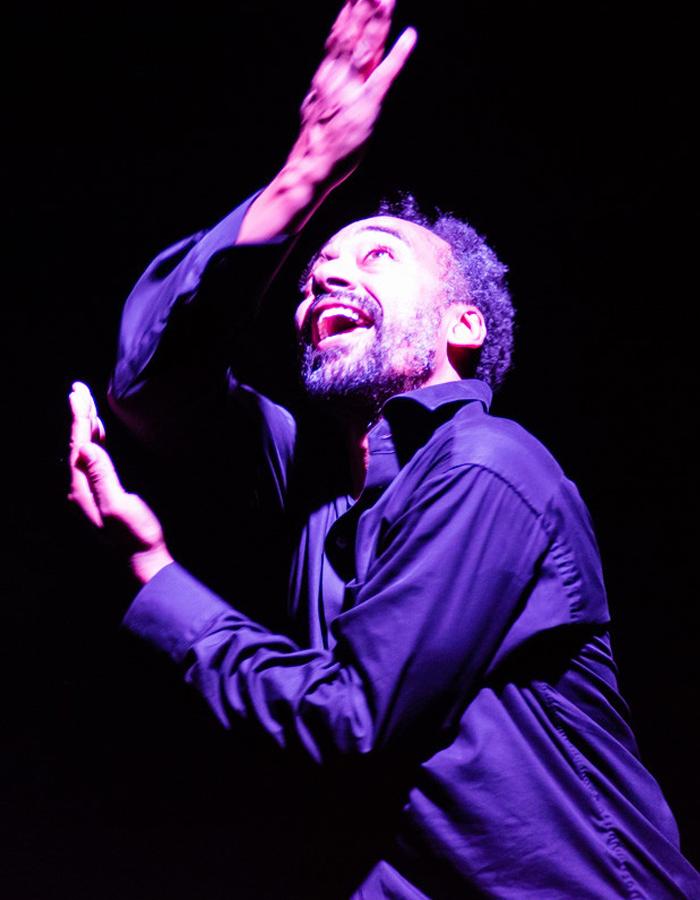 Power of the Human Spirit

Crying in the Wilderness Productions presents Conundrum, its debut production as Associate Company at the Young Vic.

Written and directed by Crying in The Wilderness Productions’ Artistic Director, Paul Anthony Morris, this joyous drama follows Fidel, played by Anthony Ofoegbu (Barber Shop Chronicles), as he embarks upon a transformational journey to review his past and search for answers about his life.

After enduring lengthy periods of Selective Social Mutism, an anxiety disorder that paralyzes his ability to communicate, Fidel resolves to conduct a personal life review in order to identify where his greatest battle for self-worth and acceptance must be fought. Seduced initially into blaming society, Fidel becomes alarmed by the possibility that he may also be responsible for undermining his own wellbeing. Perplexed by this conundrum, Fidel embarks upon an epic journey to wrestle with some of life’s most fundamental questions: Who am I? Why am I here?

Featuring live music from esteemed jazz artist Byron Wallen, Conundrum is a dynamic and uplifting production about the tremendous capacity of the human spirit to overcome adversity.

Crying in The Wilderness Productions became a Young Vic Associate Company in 2018. The company is dedicated to enriching the theatrical landscape of UK via its work, which it describes as ‘Theatre Of The Soul’. It is also committed to increasing greater access to mainstream arts for marginalised communities through partnerships, training and employment.