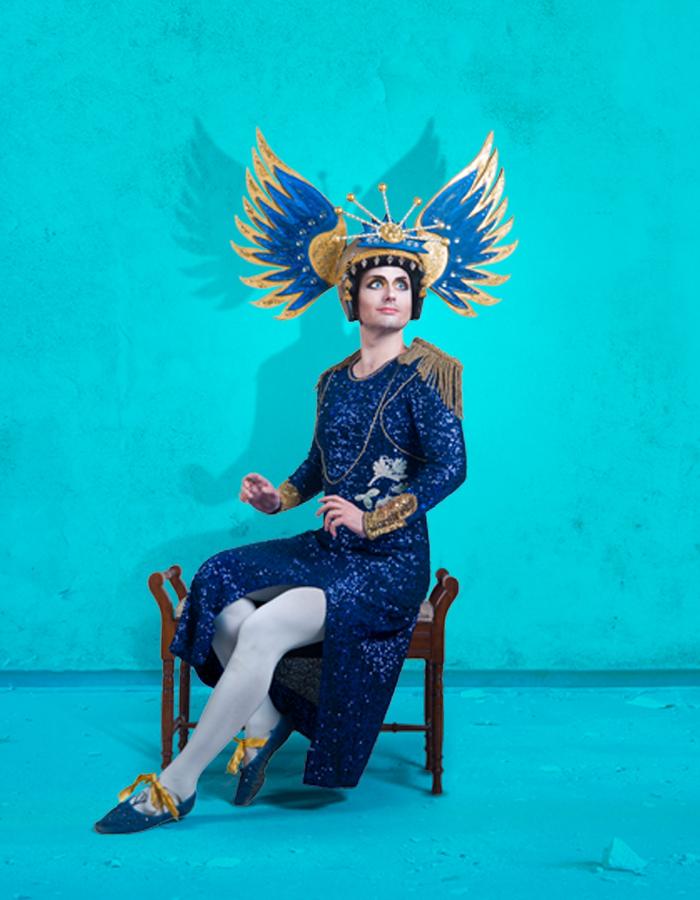 How to Win Against History

★★★★
“Gleeful, ludicrous - a larky collision of Gilbert & Sullivan and Monty Python”
Time Out

★★★★
“Hilarious. Seiriol Davies is a joy”
The Upcoming

The 5th Marquis of Anglesey was one of the world's wealthiest men until he lost it all by being too damn fabulous.

A riches-to-rags story becomes a hilarious, ripped-up musical in an outrageous performance by Seiriol Davies and the company.

Read all about how the 5th Marquess of Anglesey had car exhausts that sprayed perfume, covered his naked bride in jewels and spent £43m on fancy dress in The Daily Mail here

ITV caught up with Seiriol Davies to talk about the award-winning How to Win Against History. Watch it here

The story of Britain's most eccentric aristocrat is being told onstage at the Young Vic! Read all about Fifth Marquess of Anglesey's over-the-top antics in The Telegraph's feature here

Actor-director Seiriol Davies tells The Sunday Times why he decided to take the story of the ‘Dancing Marquess’ of Anglesey to the stage. Read his interview here.

How To Win Against History makes it into Evening Standards 10 of the best shows making their way to London this year. Read more.

Seiriol Davies' musical How to Win Against History was an 'overnight sensation' at the Edinburgh Festival in 2016 and is part of the Young Vic's 2017 season. Read more on What's On Stage.

Read more about the Young Vic's 2017 season including How to Win Against History on The Stage, Theatre.London and Official Theatre London