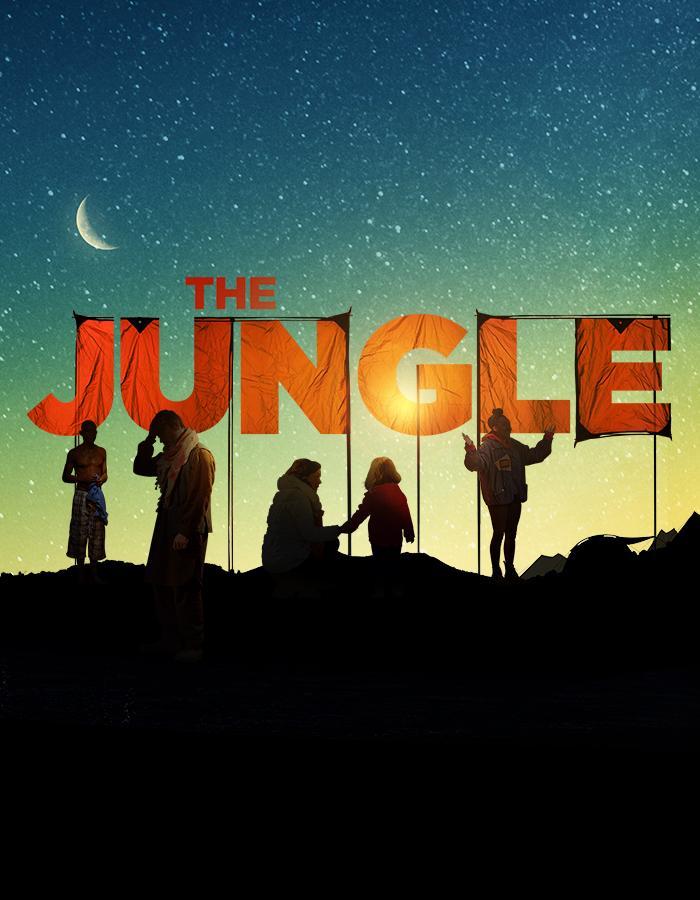 There will be one Wednesday Matinee performance on 4 July 2.30pm.

40% of tickets £25 and under at every performance

Following universal critical acclaim, and direct from a sold-out run at the Young Vic, The Jungle, transfers to the West End this summer.

This is the place where people suffered and dreamed. Meet the hopeful, resilient residents of The Jungle– just across the Channel, right on our doorstep. The Jungle tells stories of loss, fear, community and hope, of the Calais camp’s creation - and of its eventual destruction. Join the residents over freshly baked naan and sweet milky chai at the Afghan Café, and experience the intense, moving and uplifting encounters between refugees from many different countries and the volunteers who arrived from the UK.

Experience the Playhouse Theatre as never before, as the venue undergoes an extraordinary transformation to recreate the intimate in-the-round staging of Miriam Buether’s critically-acclaimed Young Vic design. Audiences are invited to choose from two unique experiences: take a seat at the benches and tables of the vibrant and bustling Afghan Café at the heart of the Calais Jungle, or watch from the Dress Circle, overlooking the dynamic performance space below. Wherever you sit, prepare to be transported into the world of the Calais camp, where a community forged from necessity shares its unimaginable stories of hope against all odds.

Co-Director Justin Martin discusses developing The Jungle, working on The Inheritance as well as The Crown

Playwrights Joe Murphy and Joe Robertson built Good Chance Calais in the 'Jungle' refugee camp as a beacon of hope. Read how their new play The Jungle explores the lessons they learnt here.

Joe Murphy and Joe Robertson speak with the International New York Times about the Journey from the Calais Jungle to the London stage. Read it here.

Playwrights Joe Murphy and Joe Robertson spoke to Huck Magazine about how their new play The Jungle takes an honest and critical look at the well-intentioned people who volunteered in Calais. Read it here.

The Jungle makes it on to What's On Stage's top 10 non–festive shows to see this winter. Read more here

Stephen Daldry will direct, with Justin Martin, the debut of The Jungle, a co-production with the National Theater written by Joe Murphy and Joe Robertson of Good Chance Theater. Read more on The New York Times

'What happens when refugees from a range of backgrounds meet well-meaning volunteers from the UK?' Artistic Director David Lan on The Jungle, written by Joe Murphy and Joe Robertson, founders of the Good Chance Theatre. Read more on The Evening Standard

The Young Vic's new season will kick off with the world premiere of The Jungle by Joe Murphy and Joe Robertson. Read more on What's On Stage

The Jungle is a play 'about hope'. Read more on The Stage

Access tickets are only available via the Ambassadors Theatre Group/Playhouse Theatre who can offer more detail about seating and help find seats that suit your requirements:

This may vary on Bank Holidays.

Or in person at the Playhouse Theatre Box Office.