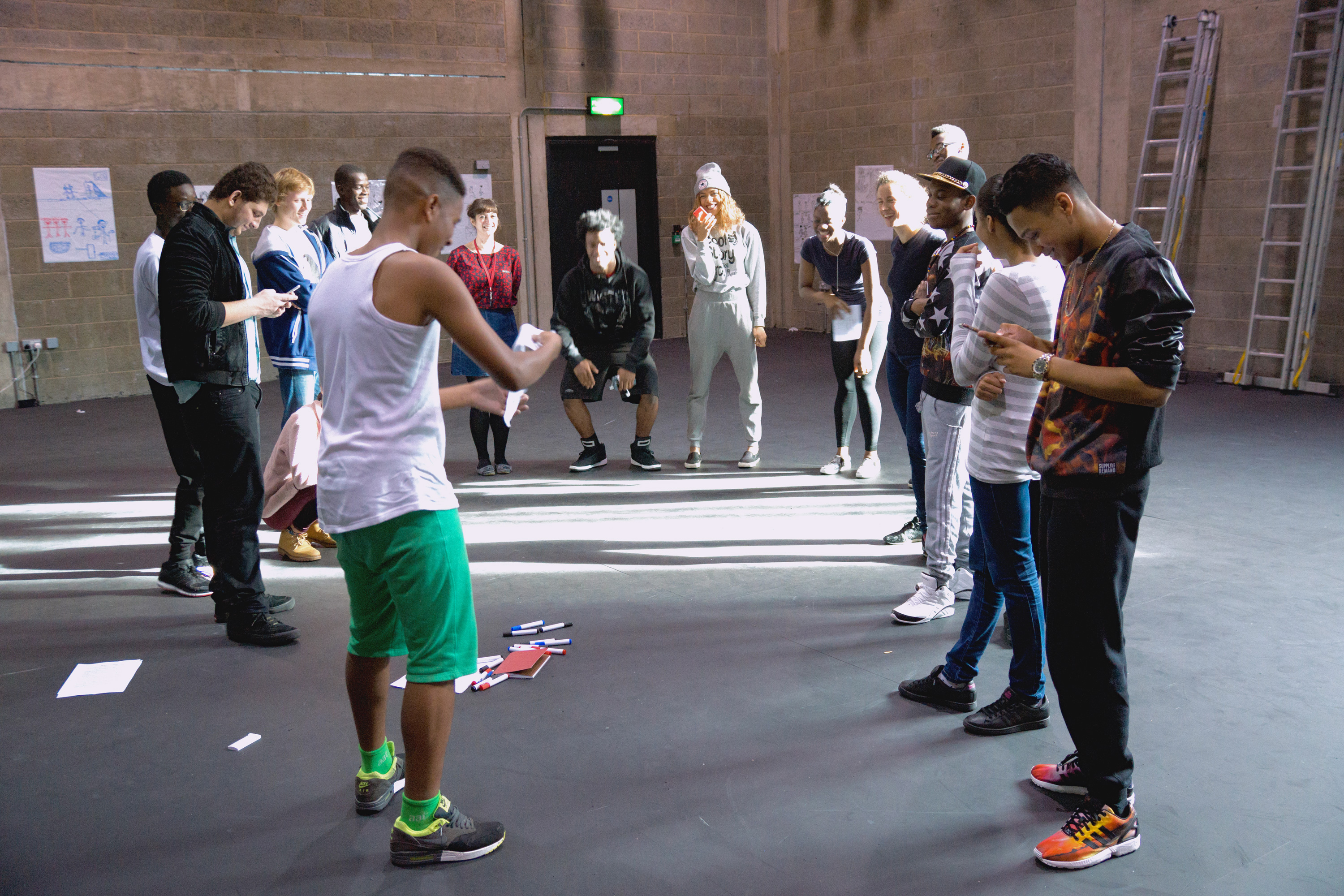 The company for Parallel Macbeth. Photo by Leon Puplett.

Parallel Productions are a vital part of the work of our Taking Part team. A group of young people is given the chance to collaborate with a director (in this case, Caroline Byrne) to make their own version of one of the shows we are producing. It gives the young people involved a real insight into the play and what it is like to work in the theatre; empowering them and helping them find new aspirations.

This time we're creating a Parallel Macbeth, in response to our main house production which opens later this month. This parallel company is exploring themes around borders, territory and statelessness by experimenting with form and using movement and music to tell the story. There are 16 of them, all aged between 14-21. Some of them are young refugees. We particularly wanted to work with young refugees in light of the ongoing migrant crisis and because we wanted to explore ideas around borders, territory and statelessness through the story of Macbeth. What stands out for all of us is the relevance of the play to what is going on in the world right now.

The young people are very talented; the singers, musicians and artists speak over 16 languages between them. Some of them have worked with the Young Vic in the past and for others it’s their first experience of participating with or going to any theatre.

Our rehearsals involve a lot of music, movement and improvisation and it feels like we’ve been working together as a company for a lot longer than a week!

Find out more about the work Taking Part do with our local community, schools and young people. 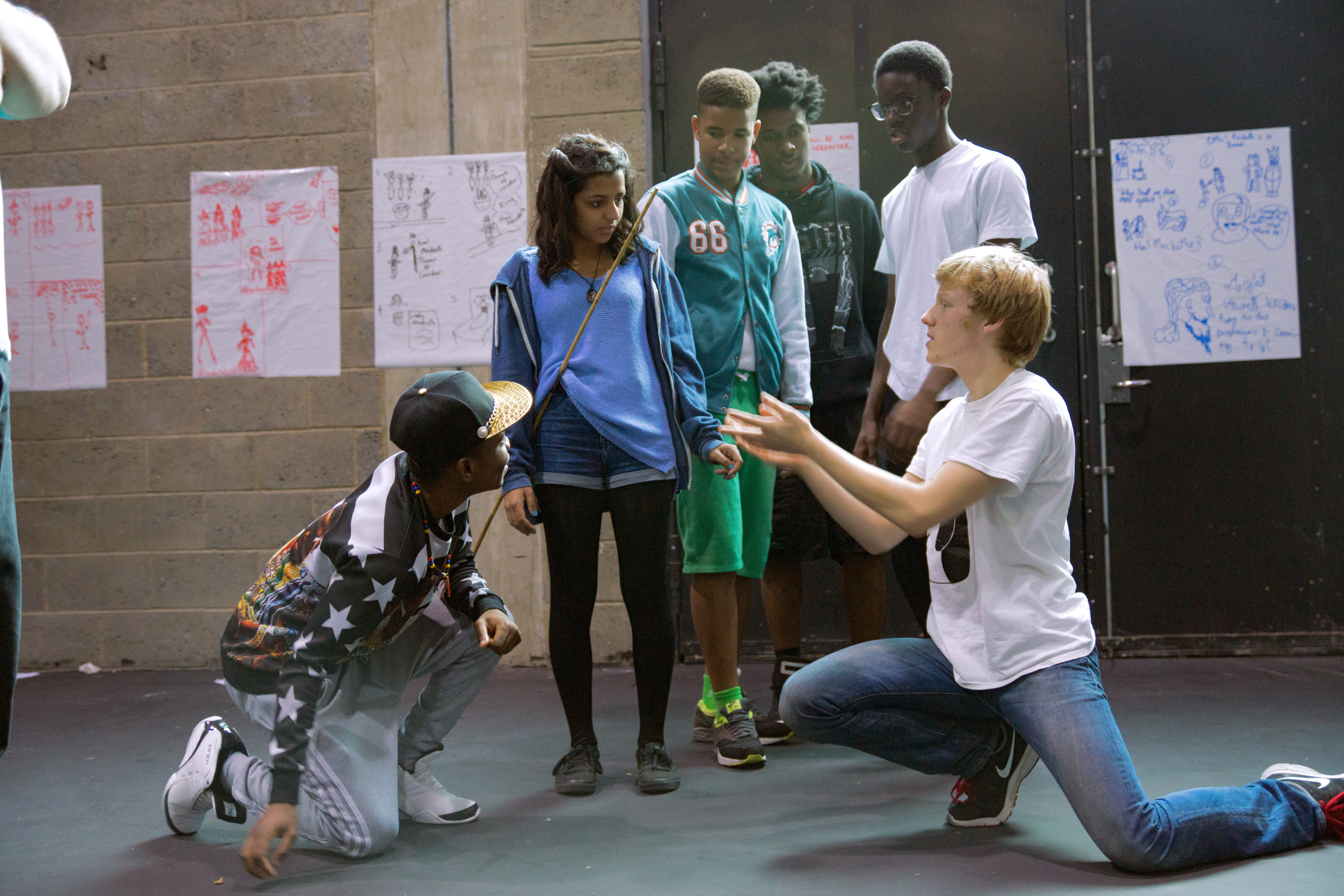 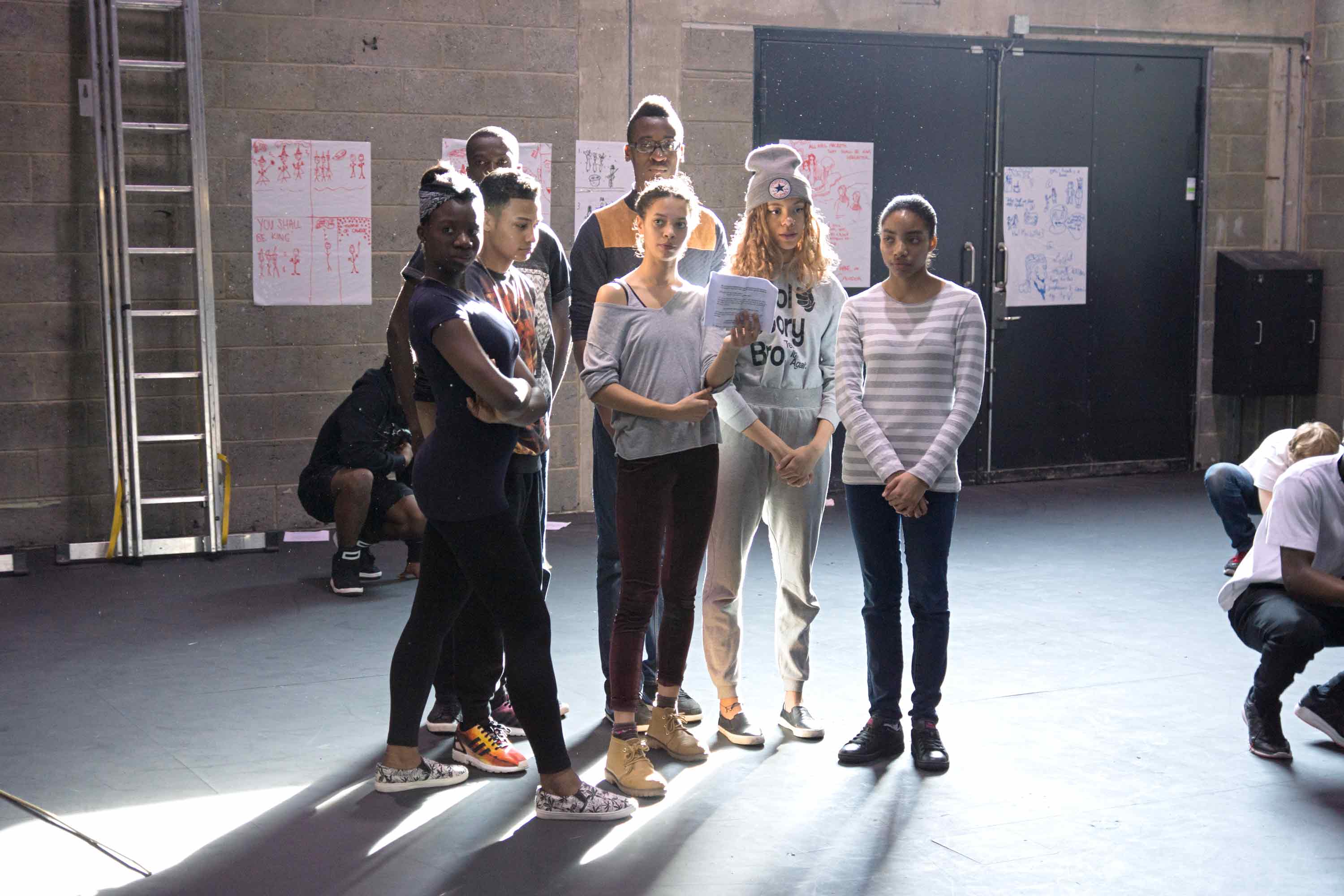 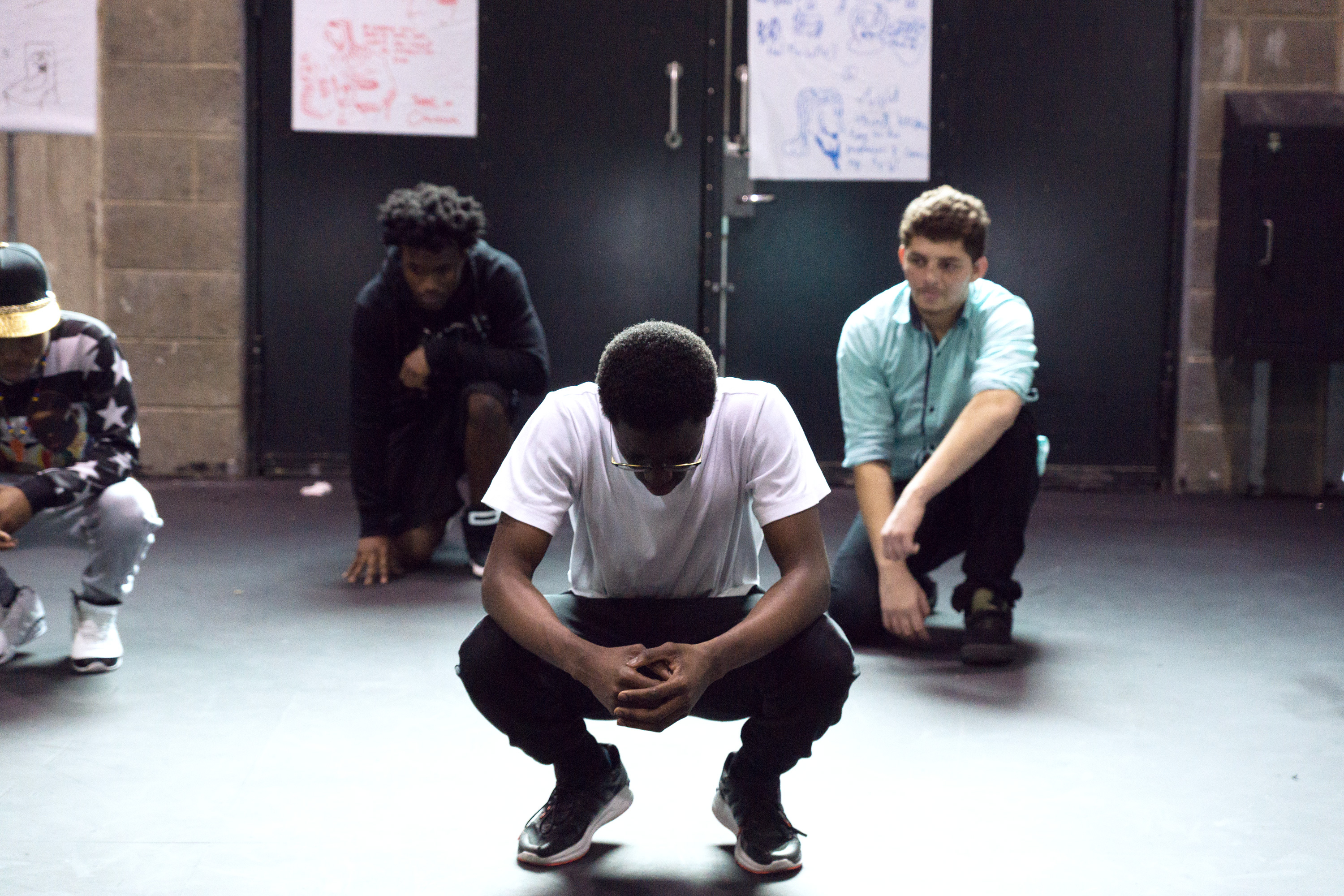