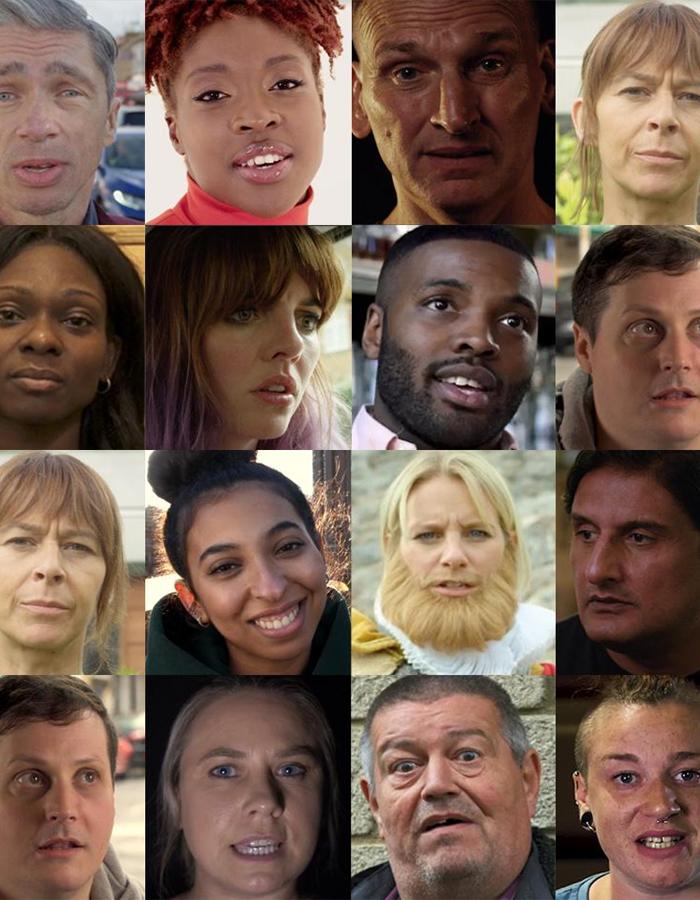 What does 'English' mean to you?

At a time when the national conversation can often be dominated by division, we asked artists from around the country to come together and ask themselves what Englishness is, what it means, and what it means to them.

Fourteen theatre makers from across England were each commissioned to write a monologue about what Englishness means to them now. Seven of the monologues were filmed on location in the regions the writers are from, including Coventry, Halifax, Luton, the Peak District, Plymouth, Middlesbrough and London. The other seven films were filmed at the Young Vic over the course of a single day, performed by people from our local neighbourhood, in collaboration with the Young Vic’s Taking Part department.

On Belonging by Zodwa Nyoni

How to Grow a Nation by Stef Smith

She by Simon Stephens

I Feel Most English When… by Selina Thompson

The Game by Jack Rooke

The Question by Michael Bhim