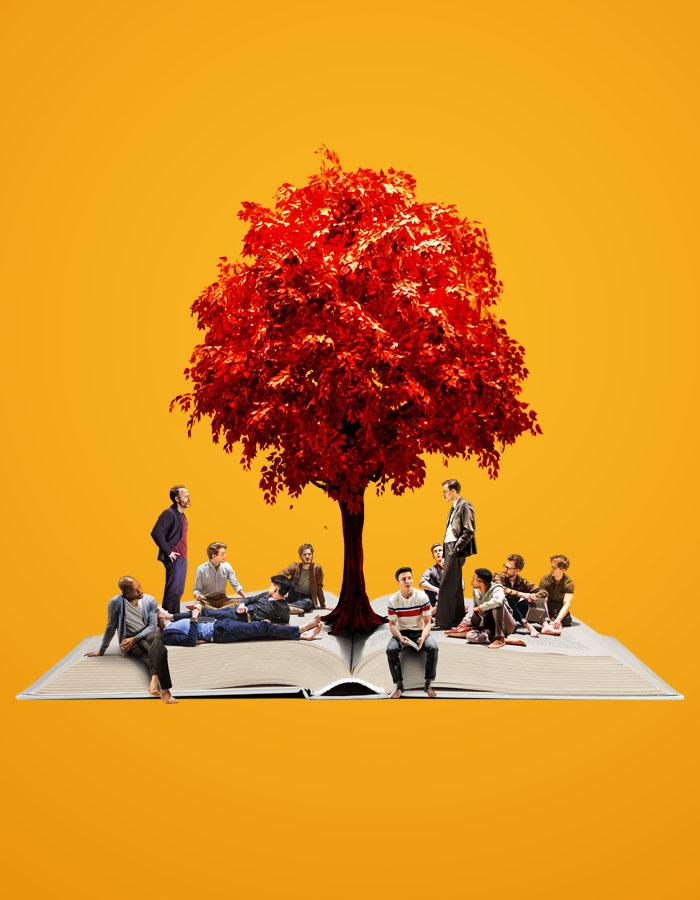 The Inheritance is a two-part play.

★★★★★
'Perhaps the most important American play of the century'
Telegraph

Following a sold-out, critically-acclaimed run at the Young Vic, Matthew Lopez’s major two-part world premiere The Inheritance lands in London's West End for just fifteen weeks. Directed by multi Olivier Award winner Stephen Daldry, this ‘monumental and transcendent' (Time Out) production questions how much we owe to those who lived and loved before us.

A generation after the peak of the AIDs crisis, what is it like to be a young gay man in New York? How many words are there now for pain and for love? Stephen Daldry's ‘remarkably involving production’ (Independent) explores profound themes through the turbulent and often hilarious experiences of a group of young, ambitious New Yorkers.  What is the legacy left to them by previous generations? What do they owe the future and each other?

"There is no such thing as too much representation". Read the interview with Matthew Lopez and the cast of The Inheritance in the May issue of Gay Times.

Matthew Lopez, John Benjamin Hickey and Andrew Burnap chatted to Attitude magazine about writing, rehearsals and the legacy of the AIDS crisis.

Playwright Matthew Lopez spoke to the Sunday Times about how Howards End inspired him to write The Inheritance. Read it here.

Have a first look at The Inheritance Part 2 via The Guardian here.

Production photos for The Inheritance Part 1 are here! Check them out on What's On Stage.

Actor Andrew Burnap spoke to the New York Times about leaving the US for the first time for The Inheritance. Read it here.

In March 2018, the Young Vic will present the premiere of The Inheritance, a two-part play that takes a panoramic view of gay life in New York today. Read more on The New York Times

The Inheritance by Matthew Lopez and directed by Stephen Daldry is part of the Young Vic's 2017/18. Read more on What's On Stage

Matthew Lopez’s new play The Inheritance, directed by Stephen Daldry, is on at the Young Vic from March 2 to May 5. Read more on The Stage

The Inheritance, a play by Matthew Lopez, looks at the legacy of gay men in modern day New York in the wake of the Aids epidemic. Read more about the Young Vic's 2017/18 season on The Evening Standard